Twenty seven employees at Tubes Scaffolding have signed up to grow facial fuzz in support of men’s health charities for Movember. Scaffolders, labourers and office workers from Tubes Scaffolding have each donated £10 to take part, and managing director David Farman has agreed to treble what they raise, taking the total to £810.

The men, whose ages range from 17 to 50, are taking part officially as a group for the first time this year.

Manager Robert Long said: “For the last few years the lads have all been doing it for a laugh. This year one of the guys said to me ‘Why don’t we make it a bit more official and do it as a group?’ “We had a guy who worked for us about eight years ago who passed away from cancer at the young age of 36. It’s always that man thing of we don’t want to go to the doctors. So as well as having fun it’s about raising awareness too.”

Mr Long added: “We’ve all been laughing at each other, especially some of the younger lads that seem to have been going for a couple of weeks now and they still haven’t got much there. It’s all about having fun and raising money for some very good causes, and that’s what we are doing.” 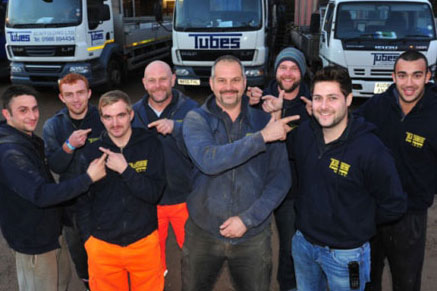